Winter wonderlands can be beautiful, but they also pose safety hazards due to the slippery conditions brought on by snow and ice. The City of White Rock manages over 80 kilometre of roadways, and we aim to maintain key travel routes which are vital for transportation and for emergency vehicle access.

How the City of White Rock Prepares for Snow & Ice Mitigation

The City of White Rock regularly monitors two major weather forecaster providers in order to have enough time to prepare our trucks and crews ahead of any storm. We dispatch equipment as needed and apply a pre-salt to road surfaces.

To make the most of the available resources, our priority locations for snow and ice removal are: 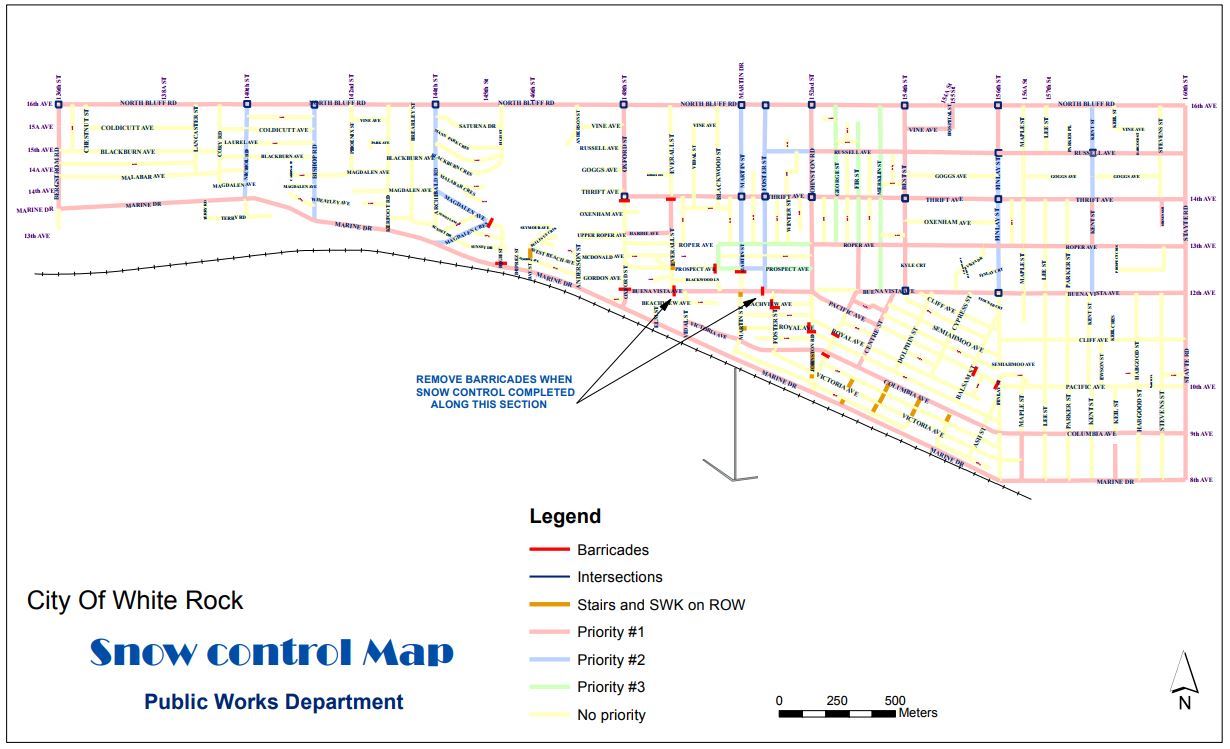 Crews begin by clearing and salting priority 1 routes, then move to 2 and 3. Once all priority routes are cleared, they begin tackling non-priority routes. During times of continuous snowfall, crews return to clearing priority 1 routes as these routes are vital to travel in the City and are used by emergency services. Barricades are also set up to stop traffic from entering roads which become dangerous in inclement weather, such as steep hills like Oxford Street.

Our Parks crew works to clear sidewalks and parking lots at civic facilities. Once those priority areas are clear, they tackle walkways in the City, like the promenade. Like our roads snow removal crew, in times of continuous snowfall, the Parks crew will return to clearing priority sidewalks and parking lots. To clear snow and ice, we use our fleet.

Due to the winter weather conditions, and your safety, there will likely be road closures. Please note that road closures during a snowfall are put in place for your safety. These closures are often due to the steep and slippery conditions of the road. Please respect the closures and do not attempt to drive through these roads.