The 5 Corners Buskers and Comedy Festival takes place Saturday, September 28, featuring top-quality street performers that bring family-friendly thrills during the day, and at night, indoor venues come alive with some of the region's most hilarious comedy acts for the grown-ups. The festival will have talents at busking stops across the 5 Corners and Uptown area of White Rock that will make for a fun-filled day for people of all ages. Visit the Facebook event here. 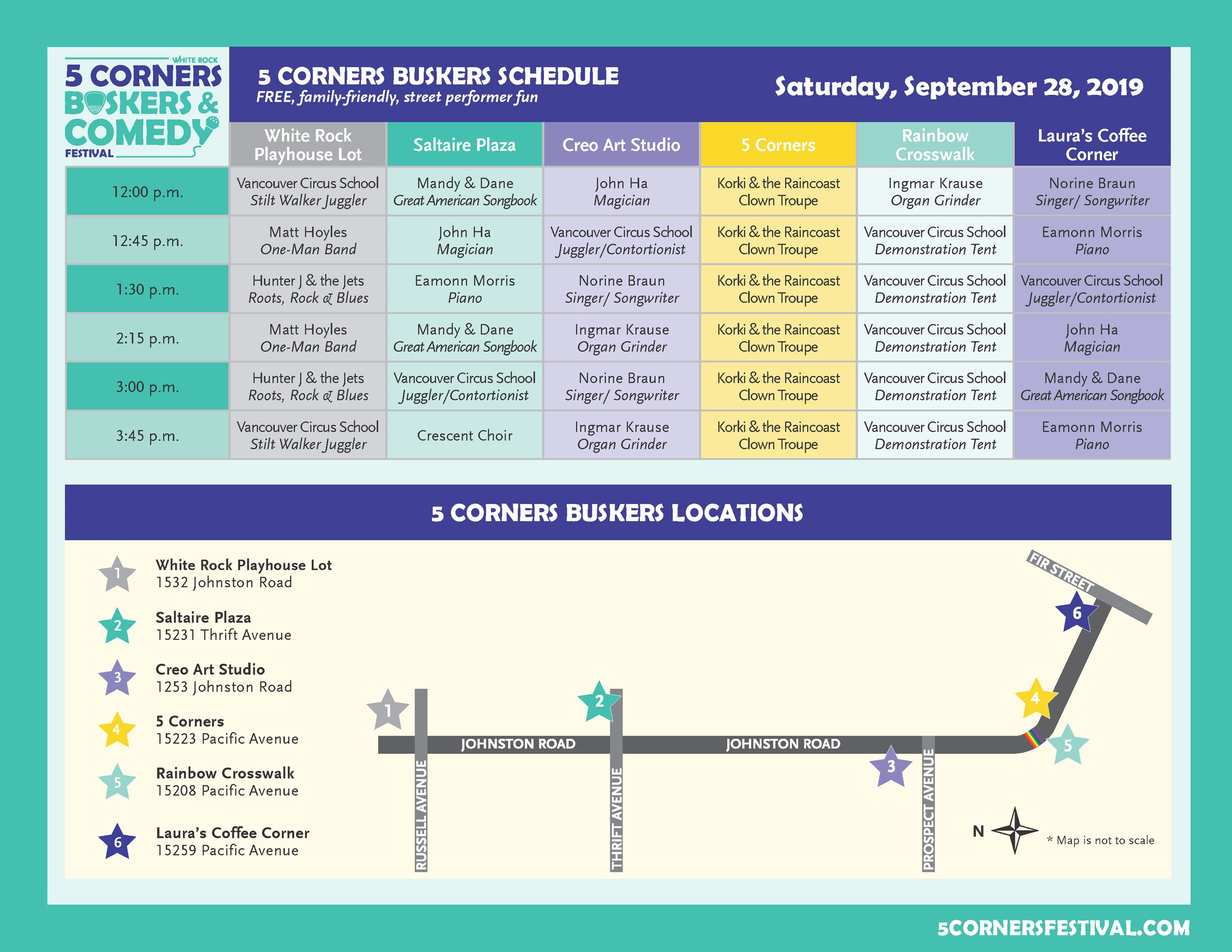 The award-winning The Fictionals Comedy Co. are teaming up with The Drama Class to create a special improv comedy jam!
Tickets via Eventbrite: https://5cornersfestivalthefictionals.eventbrite.ca. 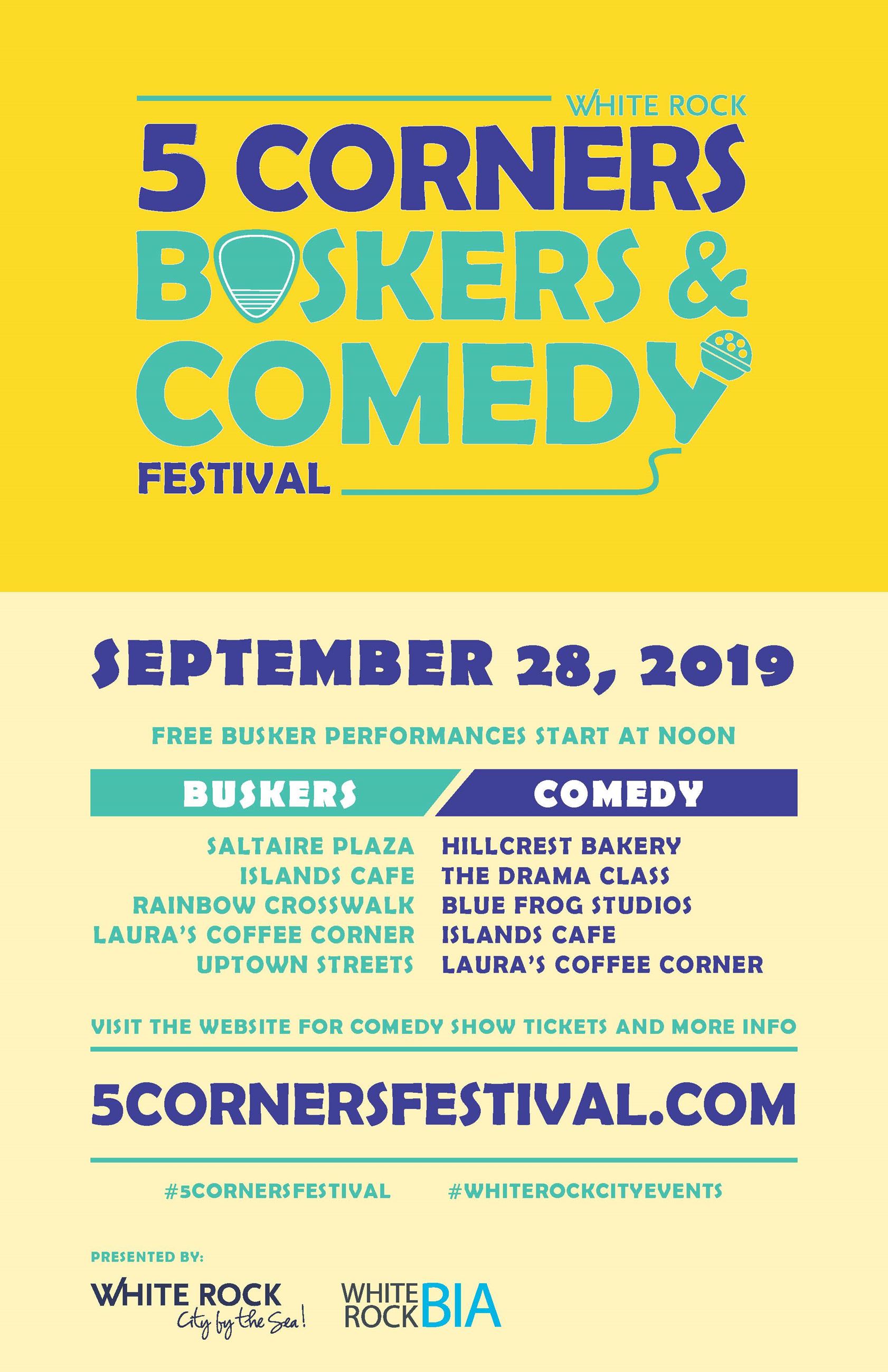 One man soul-blues band, Matt Hoyles drums with his feet, plays guitar, the harmonica and sings a bluesy soul explosion!
Check out this one-man band at White Rock's uptown.

Hunter J and the Jets are a Vancouver Band led by Hunter J, who started playing guitar at five years old, and Is now twelve and is a seasoned performer having done more than 80 shows.  Hunter J and the Jets play roots rock and blues, covering songs from the 1950s to the 21st century.

Known for getting the party started, Mandy and Dane share their passion and love for jazz, Broadway musicals, also known at the Great American Songbook, the Frank Sinatra, Michael Buble and much, much more. This dynamic duo brings laughter and weaves you down a musical memory lane.

John Ha is a world-class magician who has performed for hundreds of audiences from all over the world. His world-class magic, charming style, and easy-going nature have made him one of the most in-demand magicians in Vancouver.

Emotional, heartfelt and eclectic: Norine Braun in 3 words. A Vancouver based singer-songwriter Norine Braun is an award-winning artist who has a slew of festival appearances under her belt. Her music blinks an eye to the past, while firmly looking forward, blending timeless elements such as blues, folk, and soul, presenting them to the audience with a freshness and balance that are in tune with today's sensibilities.

Organ Grinder Ingmar Krause doesn't just crank out the tunes but lends his ears and feelings as he gives his own interpretation of the arranged tunes. From Mozarts "Rondo a la turka" all the way thru to "Counting Stars" by One Republic, there are no limitations to Ingmar's repertoire of music.

Korki the Clown has been tickling the funny bones of the young, and young at heart, for over several decades.  Join Korki & The Raincoast Clown Troupe at 5 Corners (by the rainbow crosswalk) for balloon twisting, comedy magic, big smiles, and funny faces.

Experience the 'art of circus' with the Vancouver Circus School, who will be performing juggling, stilt walking and more! Check out their demonstration at the rainbow crosswalk at 5 Corners. 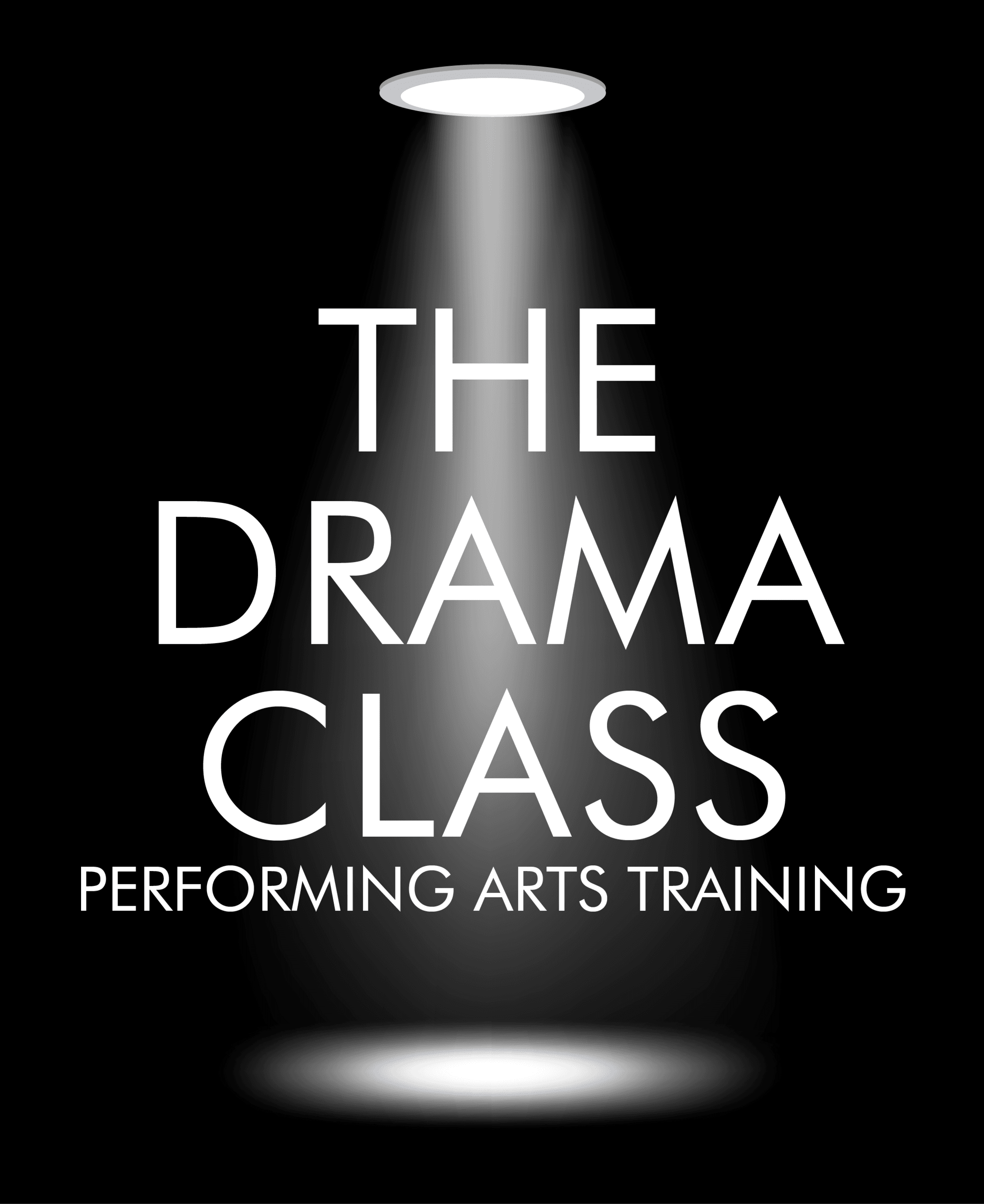 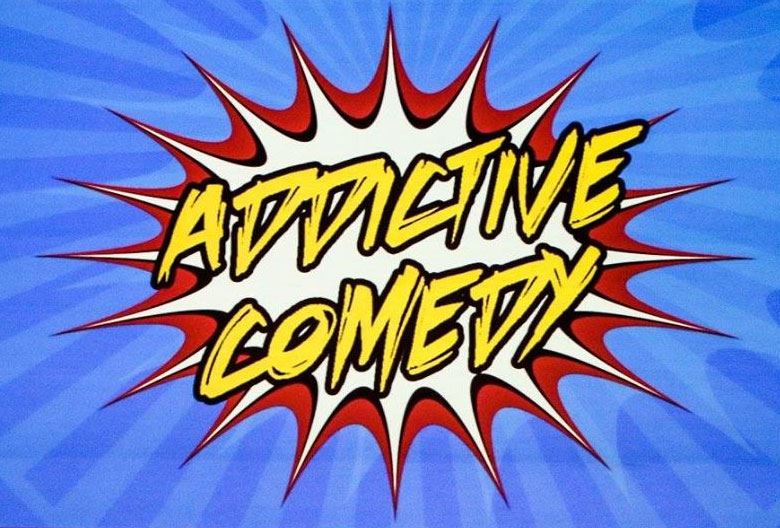