The 470-metre-long White Rock Pier is a major attraction in White Rock, a picturesque city of 20,000 located on Semiahmoo Bay in southwest B.C.

The pier was battered and severed in half by a storm surge with winds of up to 91 kilometres an hour on Dec. 20, 2018. Working with Greystone Design Management Contractors, the City of White Rock restored and reopened the East Beach Promenade in July. Working with contractor PPM Civil Constructors, the City has now repaired the pier for public use.

The community, businesses and the Province of British Columbia contributed funds to help repair and reopen the pier, paying for costs not covered by insurance. Donations were publicly recognized at the official reopening of the White Rock Pier on Sept. 21, 2019.

Pier in the News:

The Pier from your Chair

Take a peek at the Pier Camera. 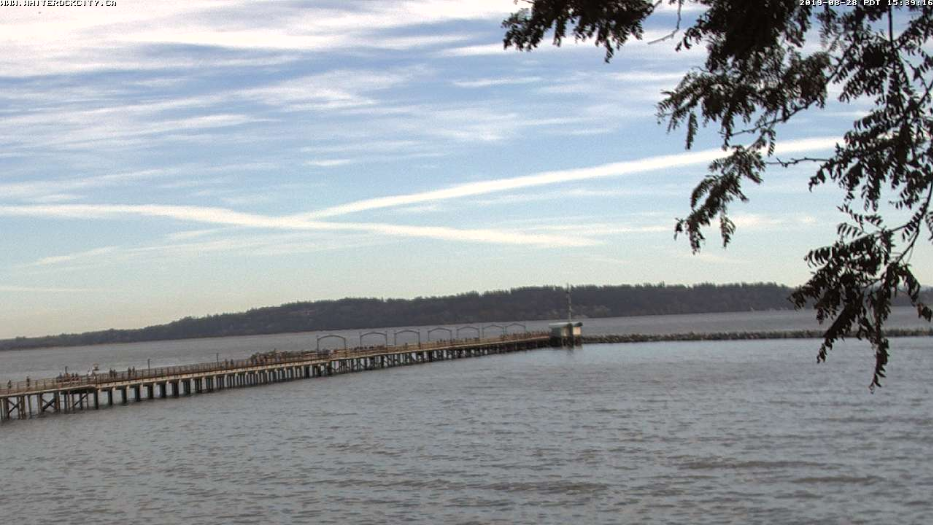 Facts about the White Rock Pier: